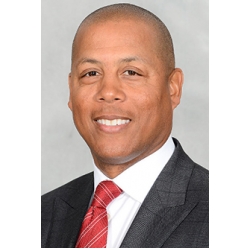 Damon was named the Director of Athletics for the University of Maryland on June 25, 2018. He joined the Terrapins in December 2014 and most recently served as Executive Athletic Director and Chief Financial Officer. He had overseen all day-to-day operations for the athletic department since October of 2017 prior to his appointment as Director of Athletics. Over the past three years, Evans has assumed increasing responsibilities as Executive Director, Chief Operating Officer and Chief Financial Officer of Athletics. In addition, he is the administrative liaison for football and serves as the lead representative on all contractual agreements and capital projects. Evans also has oversight of each of the four main branches of the organization including Revenue Enhancement, Academics & Student Development, Program Support & Integrity and Internal Operations. Evans was appointed as the liaison to lead the new Cole Field House project, a bold facility which will unite vital programs in sports medicine, public health, athletics training and academic innovation. Additionally, he was the driving force behind the department's new multimedia rights agreement with the Washington, DC and Baltimore media markets.