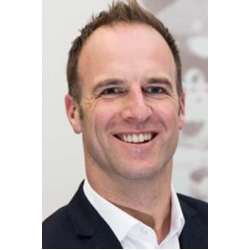 Dr. Fulcher is a Sport and Exercise Physician based in Auckland, New Zealand. He is the current Vice President of the Australasian College of Sport and Exercise Physicians, is a member of the FIFA Medical Committee and is the Editor of the FIFA Football Medicine Diploma. Dr. Fulcher works with athletes from a variety of sports. Dr. Fulcher is the Medical Director at New Zealand Football and has been team doctor for both the men’s and women’s national  teams. He has traveled to three Olympic games’ and attended the FIFA World Cup in 2018. Dr. Fulcher is also a physician for the New Zealand Breakers in the Australian National Basketball League and works with the New Zealand Warriors Rugby League team. He was formerly the Medical Director of the ITU World Championship Triathlon event held in Auckland, Medical Director at Netball New Zealand and lead Tournament Physician at the ASB Classic Men’s (ATP) and Women’s (WTA) Tennis Tournaments. Dr. Fulcher continues to be involved with Sports Medicine education contributing regularly as a guest speaker/lecturer at universities and sports medicine meetings around the world. He has a particular interest in injury prevention and in sport-related concussion.